The A&D industry is one of the most essential components of our world today. Several companies depend on the industry to deliver their products as well as transporting people safely.

Hence, it was no surprise when the  global aerospace parts market had an expected value of USD 900.75 billion in 2021 with a further 3.7 percent CAGR during the forecast period.

However, along with significant economic value comes massive resource consumption and one of the world’s largest carbon footprints in relation to market size.

Due to this, the driving force in the A&D industry is producing lightweight structural equipment and fuel-efficient engines to reduce the amount of fuel used and the amount of CO2 emitted by air travel and freight.

In this article, we’ll take a look at some materials that have been incorporated in the A&D industry to work towards this goal. Let’s delve in, shall we?

1. Alloys that are both heat resistant and lightweight

Even though aerospace manufacturers still use traditional aluminum, the way the material is manufactured is evolving. In a report by DesignNews, aircraft now have freshly updated structures that accommodate some materials that were previously thought to be too expensive or difficult to handle.

Further, there has also been an uprising of heat-resistant alloys such as titanium, nickel alloys as well as non metal composite materials that are used in the production of engines.

The engine is one of the most essential parts of the aircraft, the engine should be able to endure extremely high temperatures of 3,600 degrees Fahrenheit or 2,100 degrees Celsius.

As much as the components of engines can endure extreme temperatures, some materials like non metal composite materials, Titanium alloys, nickel alloys, are not easily repaired or molded without the loss of their structural properties.

Many aerospace fastener suppliers have turned to titanium aluminide (TiAl) and aluminum-lithium (Al-Li) alloys to help solve this problem.

These alloys have been present since the 1970s and are not new to the industry. Because of their small weight, they can withstand severe temperatures while also improving the thrust-to-weight ratio in aviation engines.

2. Materials Made of Composites

Aerospace & Defense manufacturers are very cautious of heat resistance above all other things. Another thing they value, however, is a material’s weight. Composite materials that are lightweight enable manufacturers to build aircraft that are more fuel-efficient which aids in the safety of passengers.

According to ThoughtCo, the use of composite materials which consists of metals and non metals with accurate proportions of additives has increased every five years since  1987.

Composite materials come in three forms namely: Carbon fiber, glass, and aramid-reinforced epoxy. As of now, there are several innovative modifications that are being made and have already been made to these materials.

For instance, the wings of Airbus’ new A350 series are made up of more than 50% carbon fiber.

The good thing about both composites and carbon fiber composites is that they can endure extreme resistance and fatigue.

However, composites also have their challenges, it takes time to produce and repair. Currently, Airbus is behind schedule as it pushes to introduce the A350-1000, a composite-heavy airliner.

Another thing Aerospace & Defense manufacturers are cautious of dealing with apart from heat resistance is the electrical forces that exist in nature.

Metal-matrix nanocomposites, also known as reinforced metal matrix composites, are one of the most essential nono composites which are used because of their high strength and electrical conductivity.

The light weight and low cost of nanoparticles have provided various A&D manufacturers an affordable high-performance alternative to titanium oxide for use as aviation fuel tanks.

Not only that, other forms of nanoparticles such as polymer and ceramic-based nanoparticles are also incorporated in the CFPP wing to help shield against electromagnetic interference.

It is important to note that the material is not yet ready for use in commercial aircraft because much more testing is needed to understand how to successfully distribute the nanoparticles throughout the polymer matrix, which is proving difficult.

This process can take time, but once a reliable method is found, the impact on the aerospace industry will be significant. Lighter, stronger composite materials would result in more resilient, safer, and fuel-efficient aircraft.

Over the years, Graphene has slowly become very popular in the aerospace industry because of the different electrical applications.

Graphenes are used in epoxy resins to enhance the electrical conductivity of carbon composites used in aircraft fuselages.

Graphenes can help make airplane wings more efficient reducing the weight and the usage of fuel as well as combating electrical activity. Electronics and wiring can also benefit from graphene.

In addition, due to graphene’s high electrical conductivity, it will also be possible to create de-icing systems that are integrated into the wings.

Its shielding capacity will then allow the production of paints that reduce the radar footprint, making the aircraft invisible, as well as the construction of wind farms that do not interfere with the activity of radars that study air traffic.

The Aerospace & Defense industry is clearly not the same as it used to be. Traditionally methods and components are slowly fading out for modern procedures and parts to take the industry to the next level.

The world is united against the fight to reduce carbon emissions. As such, the best supply chain companies have  also taken steps  to make aircraft more efficient and safer for everyone.

It may take a while before all these new innovations are fully embraced by the A&D industry but one thing is for sure, the landscape of production is changing, and it’s up to the manufacturers to adapt to these changes to stay ahead of their competition.

The way to do that is to work only with top-class suppliers. From aerospace fastener suppliers to

How to Spend a Weekend in Texas for Students

How to Make Your College Stand Out for Prospective Students 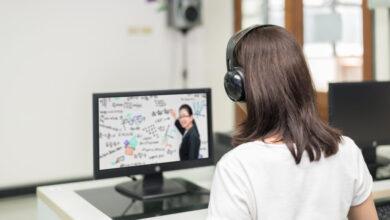 The 10 Top College Majors for the Future