The OnePlus 9 Pro and the Oppo Find X3 Pro are a fascinating pair of phones to compare.

They’re two of the hottest flagship phones of early 2021, with cutting-edge specs and stand-out camera systems. They also launched within weeks of one another.

Besides that, there’s an unmistakable genetic link between the two, with both brands owned by BBK Electronics and frequently sharing components. This one’s a family matter.

As you’ll have noticed from those currencies, neither phone is universally available. You can’t buy the OnePlus 9 Pro in Australia, and you can’t buy the Oppo Find X3 Pro in the US. Not through official means, at least.

Using the common denominator of UK pricing, we can see that the Oppo Find X3 Pro costs £170 (around $234 / AU$307) more than the equivalent top-spec OnePlus 9 Pro. That’s a major mark-up, and a potentially decisive one.

We really like both of these phones, but the awkward truth is that both represent a bit of a let-down in design terms.

Not everyone will agree with this – beauty being in the eye of the beholder and all – but our reviewer found the Oppo Find X3 Pro to be a little less attractive than the Oppo Find X2 Pro with its distinctive vegan leather and ceramic finish options.

The Oppo Find X3 Pro is a good-looking phone in its own right, though, and is certainly more eye-catching than its OnePlus cousin. This is particularly so with a stand-out camera module design, which is incorporated into the body under a single sweep of blistered glass.

By contrast, the OnePlus 9 Pro is a little drab. It sticks to a similar design language to the OnePlus 8 and OnePlus 7 families before it, but with a more generic camera module.

Aside from this differing approach to camera module integration, and a slight flattening out of the top and bottom edges of the Oppo, the two phones are remarkably similar. Both use a high-grade combination of Gorilla Glass sandwiching an aluminum frame. And both have subtle dual-curved displays and rounded rear panels.

Our review model of the Oppo Find X3 Pro came in a muted matte blue finish, but we’ve also used the Gloss Black model. This ultra-reflective shade is an absolute fingerprint magnet, and so too is the Morning Mist model that seems to be fronting most of the OnePlus 9 Pro coverage.

This latter shade does at least do something interesting by ‘fogging up’ the top half of the phone, but both reflective finishes look super-greasy in no time.

One significant design win for the OnePlus it its physical alert switch on the right-hand edge. Flicking between silent, loud, and vibrate is an all-too-rare treat on Android.

If we were to make an educated guess, we’d posit that the OnePlus 9 Pro and the Oppo Find X3 Pro employ identical displays. Given the link between the two companies outlined in the intro, it’s a fair bet.

Especially when you break down the specifications. Both have 6.7-inch AMOLED screens with identical 1440 x 3216 (QHD+) resolutions and a shared peak brightness of 1300 nits. Both can scale up to a 120Hz refresh rate, depending on the use case, thanks to LTPO technology.

Rather than talk about which is better here, then, let’s talk about how good this display is/these displays are. It’s/they’re outstanding.

Both output punchy colors and top contrast, with a shared ability to output an impressive 1-billion colors and to cover 100% of the DCI-P3 color gamut.

Oppo and OnePlus seem to have very different ideas of what constitutes a ‘Vivid’ display mode – the Oppo take is much cooler and has more exaggerated colors – but you can tweak both according to your preference.

Both phones also contain fast, reliable in-display fingerprint sensors just a little lower than you might be accustomed to.

Oppo and OnePlus have both chosen to make photography their key battleground, and each phone features a comprehensive quad-camera setup. But the precise details differ quite a lot.

Let’s start with the headlines. The OnePlus 9 Pro features color tuning from camera specialist Hassleblad, while the Oppo Find X3 Pro claims to be the first phone to be able to capture and display 1 billion colors. This is more than mere marketing blurb from both companies, as a cursory shot-for-shot comparison shows.

In terms of image quality, both take great shots with plenty of detail. However, Oppo’s colors are notably warmer and more punched-up in a Samsung sort of way, while OnePlus’s colors are much cooler and more naturalistic in the style of Apple.

This is so even when comparing results from their identical ultra-wide sensors, showing that the key difference here comes down to software. As such, the winner largely comes down to how punchy you like your pictures.

Both phones can capture 12-bit RAW shots through their manual modes, which is a little more intuitive to access on the OnePlus.

Let’s touch on those hardware differences anyway, because they are interesting in their own right. The OnePlus 9 Pro is led by a 48MP Sony IMX789 sensor, while the Oppo Find X3 Pro uses a Sony IMX766 sensor. These are similar components, both of which are said to have been co-developed by the respective manufacturers.

The OnePlus 9 Pro’s sensor is a smidgen larger than the Oppo Find X3 Pro’s, at 1/1.43-inch rather than 1/1.56-inch, but both are pretty sizeable by smartphone standards. Both also support Digital Overlap HDR (DOL-HDR), which lessens the ghosting in HDR shots by shooting long and short exposures nigh-on simultaneously.

As we’ve already mentioned, where these two phones cross over is in the nature of their ultra-wide cameras. Both have the same 50MP Sony IMX766 sensor with a freeform lens, which greatly lessens visual distortions. In the case of the Oppo, this also means that wide and ultra-wide sensors are identical, leading to a great deal of uniformity between the image output.

In terms of telephoto lenses, the Oppo Find X3 Pro has a 13MP f/2.4 2x optical zoom compared to the OnePlus 9 Pro’s 8MP, f/2.4 3.3x optical zoom. Oppo wins on megapixels, but the OnePlus wins on zoom range and OIS. Indeed, we’re a little disappointed to see that Oppo has ditched the 5x periscope telephoto lens of the Find X2 Pro.

Advantage swings back to Oppo (ever so slightly) for the fourth and final sensor. While OnePlus goes with a largely superfluous 2MP monochrome camera for enhancing all those black and white shots you never take, Oppo goes with a unique and only slightly less superfluous 3MP microlens camera for 60x magnification extreme close-ups.

Performance is very similar between these two phones, given that they use exactly the same Snapdragon 888 chipset. This is the top-tier component in the Android smartphone world at the time of writing.

Both phones offer a plentiful 12GB of LPDDR5 RAM too, though this comes as standard in the Oppo. The entry model of the OnePlus only gives you 8GB.

Regardless, our experience tells us that the OnePlus runs a little faster than the Oppo, with an average Geekbench 5 multi-core score of 3,630 comparing very favorably to the Oppo on 3,257. We ran both again side to side for this feature, and found a similar gap of around 400. We also noted a 200-point advantage for the OnePlus in single-core terms.

Why the difference? We’re not certain, but the OnePlus 9 Pro’s vapor chamber cooling system could be a little more extensive, which would mean that it was more efficient at preventing overheating (and thus throttling) during processor-intensive tasks.

In real world terms, these are two fast and future-proof phones. You can run games like the super-scalable PUBG Mobile on fully cranked up settings without missing a frame.

Talking of games, the OnePlus 9 Pro’s display supports a 360Hz touch sampling rate compared to the Oppo Find X3 Pro’s 240Hz. Both are plenty responsive enough for anyone, but competitive gamers should know that the OnePlus has the edge.

The Oppo Find X3 Pro offers 256GB of internal storage as standard, while the OnePlus 9 Pro gives you the same or 128GB depending on the model you choose. We’re big fans of choice in these things, though on that subject neither phone offers a microSD card slot.

Though there are a lot of similarities between these two phones, an important difference is their custom UIs. Both run Android 11 with their own software layer on top: OxygenOS for OnePlus and ColorOS for Oppo.

ColorOS is the far busier, dare we say less tasteful of the two, but arguably also the more customizable. Fancy designing your own always-on display? You can here. OxygenOS, on the other hand, will be preferable to those who prefer their UIs to be fast and stylish, and to get out of the way whenever possible.

Both phones offer 5G connectivity, which kind of goes without saying these days when discussing flagship phones.

Both of these phones give you a 4,500mAh battery, which is decent without being huge.

To paraphrase our respective reviews, we found that the Oppo Find X3 Pro lasted a day through light and medium use, and that it was only under heavy load (think tons of gaming or video recording) that it didn’t last through a solid 12-hour shift.

As for the OnePlus 9 Pro, we found that it could reliably see you through a full day on a full charge with typical use. We only experienced one or two occasions where we had to give the OnePlus 9 Pro a quick sip of power at around 10pm.

Those are essentially two different ways of saying the exact same thing. Both phones are solid one-dayers, and will only struggle to manage that when you really push them on the media front.

They’re pretty well matched when it comes to charging, too. Both come with extremely rapid 65W chargers in the box, which is a huge positive compared to rival efforts from Samsung and Apple.

The OnePlus 9 Pro ekes out a slender lead thanks to its support for 50W wireless charging. The Oppo has to make do with a mere 30W, which is still outstanding.

These are two of our favorite flagship phones of 2021 so far, and it’s difficult to find serious fault with either.

However, we gave the OnePlus 9 Pro a slightly higher score than the Oppo Find X3 Pro for a reason. If we were to distil that into a single sentence, it would be that the OnePlus 9 Pro offers a broadly competitive package at a much lower price.

It’s tough – bordering on impossible – to call a clear winner on design, camera, display, performance, and battery life. And for the roughly £200 / $200 / AU$300 extra that the Oppo will cost you, you’d expect a noticeable edge in at least a few of these categories.

If the Oppo Find X3 Pro’s particular design, highly customizable software, and unique microlens camera really appeal to you, then it could be a preferable pick. For most people, however, the OnePlus 9 Pro is the better buy. 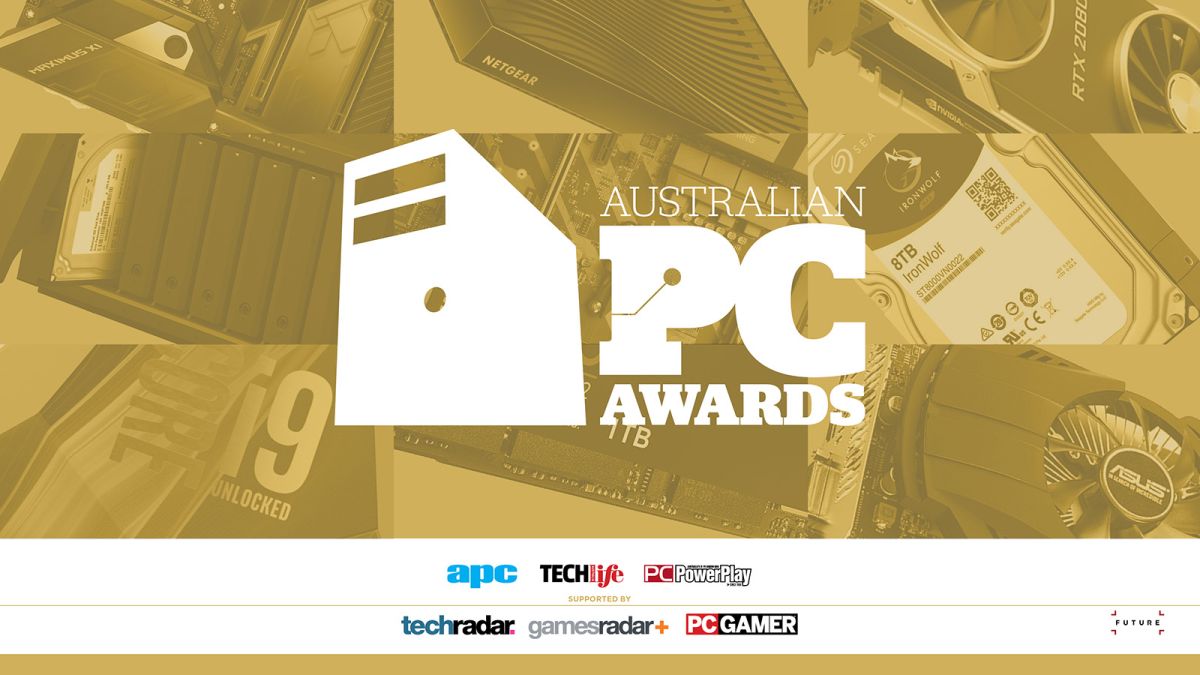