Hay fever and asthma are two common diseases that affect the respiratory tract. Both conditions pose a significant afflict to patients. Moreover, allergies and asthma sometimes happen at the same time. There are many trigger attacks for asthma, and while most people are well-aware of these, they may not always be able to control or avoid them.

Allergic rhinitis, commonly known as hay fever, is a group of symptoms affecting the upper airways. Hay fever affects nearly 18 million Americans. Some people, however, are misled by the name. You don’t have to be exposed to hay to have symptoms, and hay fever has nothing to do with regular fever or causes symptoms of fever.

Allergic rhinitis is common in all age groups, and it affects an estimated 10-20% of the total population worldwide. According to the American Academy of Allergy Asthma and Immunology (AAAAI), almost 8% of residents of the United States experience allergic rhinitis.

An allergen is a harmless substance that causes an allergic reaction. Pollen is the most common allergen in seasonal allergic rhinitis.

Hay fever develops when your body’s immune system perceives and triggers something from the environment. Moreover, it may pose a greater risk of an asthma attack. Studies claim that 80% of people with asthma say that their asthma symptoms come from hay fever triggers.

This hay fever asthma attack happens when hay fever causes your inflamed airways to swell up, leaving you breathless. It can also inflame and sensitize your airways as it reacts further to triggers.

Characteristics of Asthma and Allergic Rhinitis

Asthma is an inflammatory disease characterized by wheezing, chest tightness, shortness of breath, and coughing associated with the lower airways. However, these symptoms vary in terms of severity and frequency. The symptoms react to known triggers, such as exposure to an allergen, and are often worse during the night or sometimes early in the morning.

Allergic rhinitis is similar to inflammatory diseases but only affects the upper airways. Its symptoms include nasal itch, nasal obstruction, rhinorrhoea, and sneezing, which occurs in response to allergic stimulants. Allergic rhinitis’ symptoms can be mild to moderate-severe, and it happens seasonally or all year round in response to pollen, dust mite, or pet allergen.

When Does Hay Fever Season Start?

Pollen and pollution are the usual triggers for hay fever-related asthma, and many people find their symptoms worsen in spring, which is combined with the onset of hay fever. People may start to experience hay fever as pollen is released from grass and blooming flowers, and it can happen as early as February. In the United Kingdom, there are many florae that people who have asthma are sensitive to even though they don’t have a reaction to other allergens.

In the US, our shifting weather condition means it is hard to find out or predict when the pollen season begins. However, keep in mind that grass pollen is the most common cause of hay fever as it triggers 95% of the population. It typically affects people during May, June, and July.

Asthma and allergic rhinitis are the two most common respiratory conditions that are closely related. Most patients with asthma can also experience the symptoms of hay fever, so health professionals assess allergy symptoms at the onset of the asthma review.

Different types of sports injuries an athletic person can face 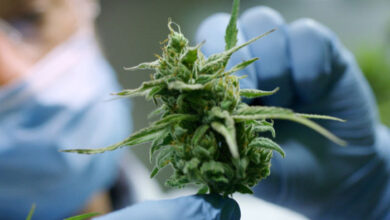 Does Massachusetts Have Legal Dispensaries?

Where Can I Find the Best CBD Vape Pens?

How to Shop for CBD oil? 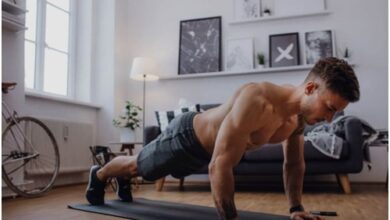 How to Gain Muscle Mass in Four Essential Ways